Warranty Requirement
* Sales invoice.
* A description of the defect must be provided in order to issue a warranty claim.
* You may need to return the item for quality inspection.
* It will not be renewed after a replacement sent. Rate can't be blank.
Name can't be blank.
Email can't be blank.
Content can't be blank.
Thanks for your review! it will be published soon. Thank you! your review was submitted
Jonnyn93
So my logitech headset died :( not the first time, so I wasn't going to spend another £50 on something like that. Thought I'd try something different. I really liked the RGB on this headset, which is a primary ready I bought it.I didnt have the highest expectations, it's a £30 headset from an unknown brand. But I wasn't disappointed at all. They are well built and are big enough to fit on my big head, so that's a bonus. The mic boom could have been a little longer, but I guess they were going for the unobtrusive approach with this product. Sound wise they're pretty good, sensitive to footsteps and weather effects and the like. I had no problem locating enemies on pubg, a massive advantage. And it's good to have an inline volume and mic mute switch. There's a reasonable amount of bass too, the drivers are apparently 50mm which is large, so there's a lot of spacial awareness with this headset.Overall I'm happy with this headset so I'll be using it as my daily driver for games etc. 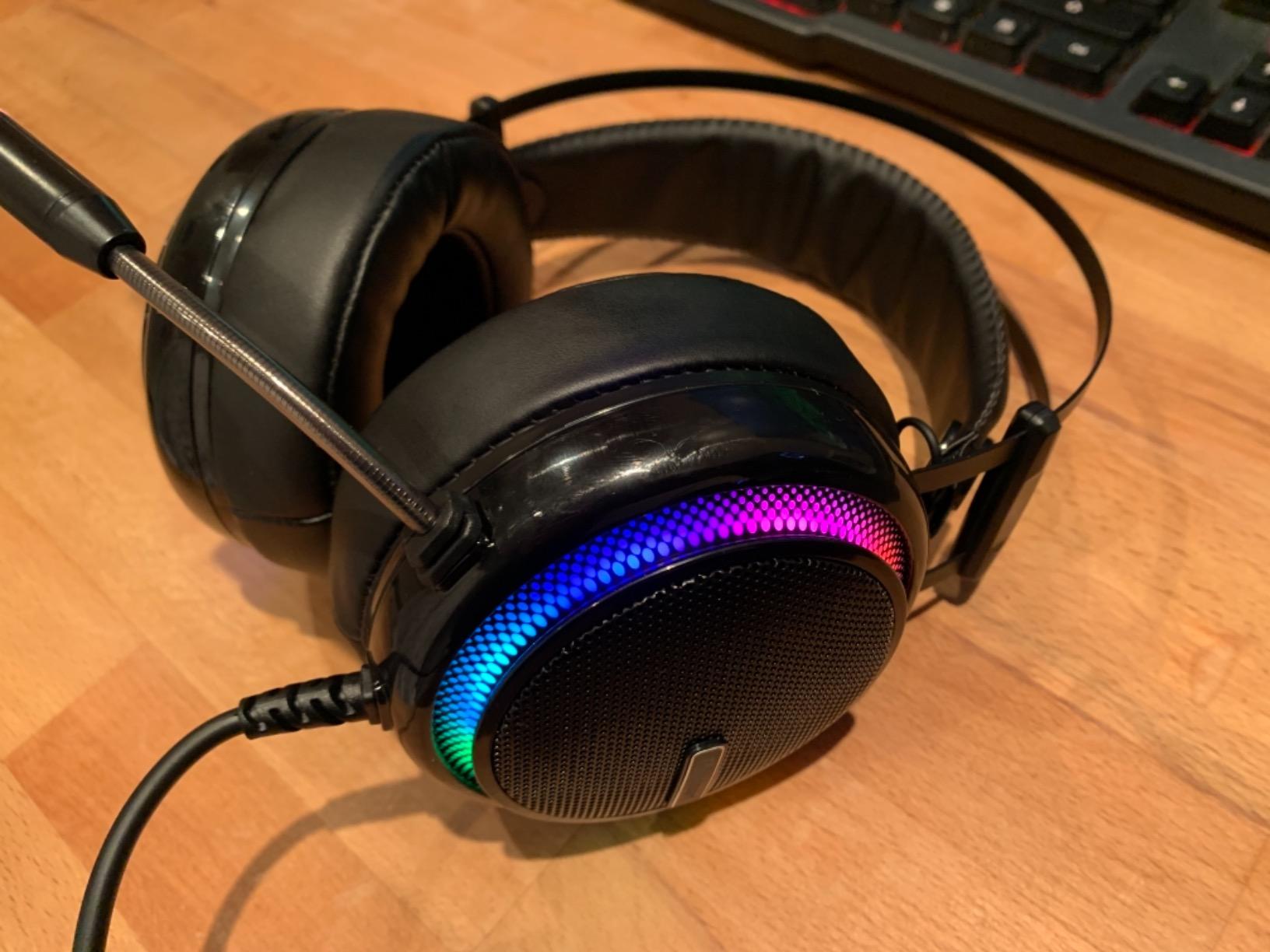 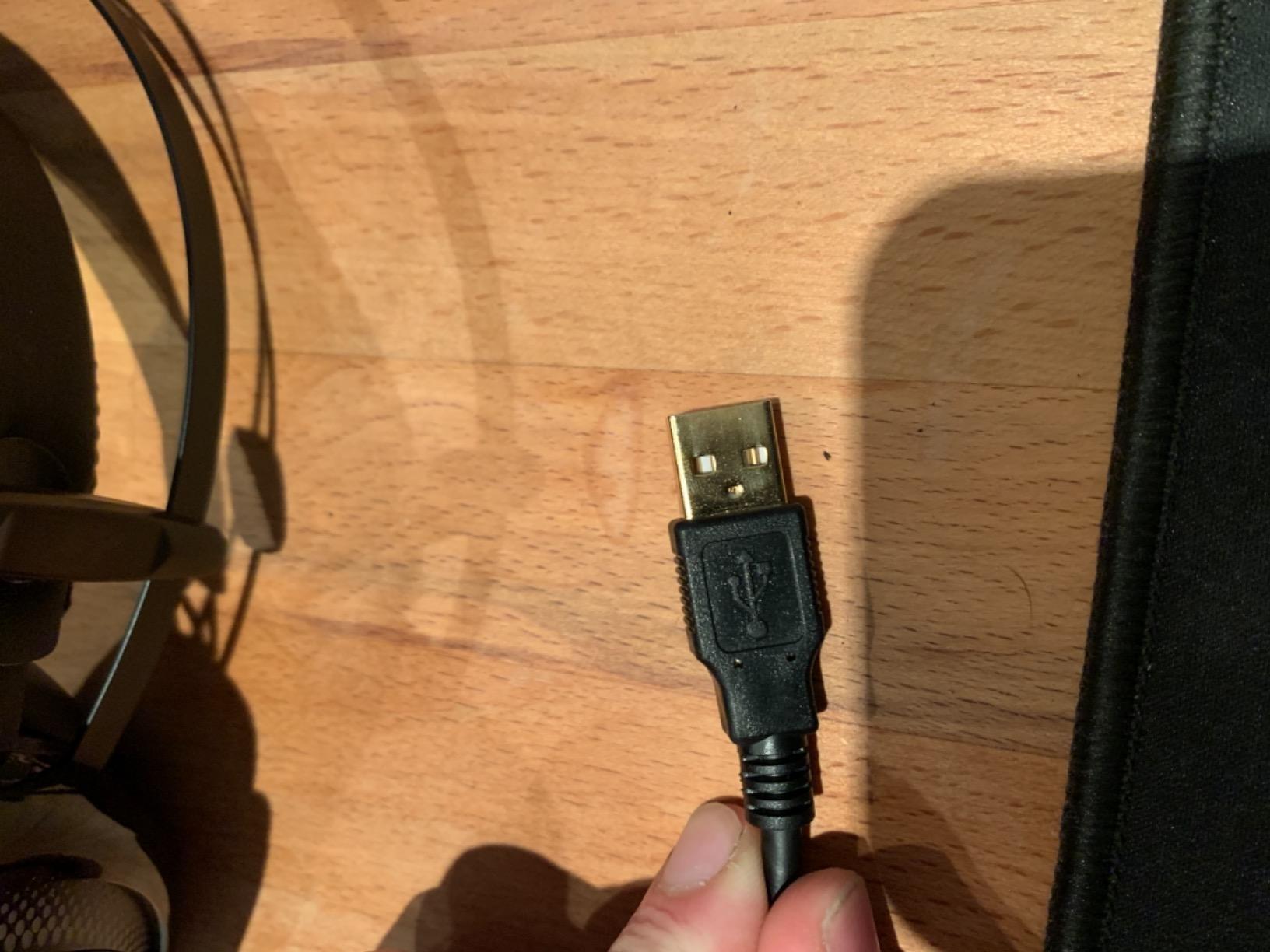 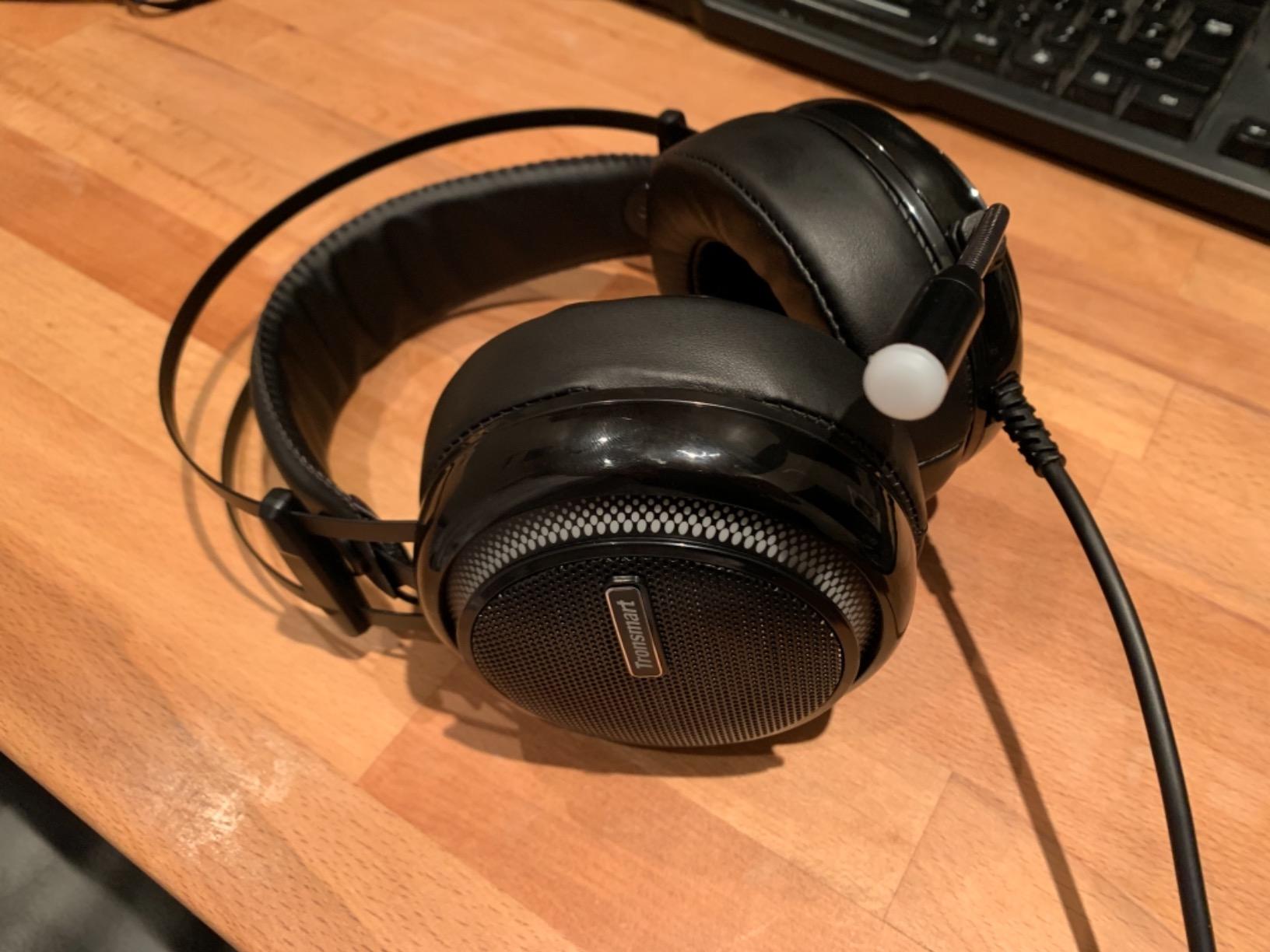 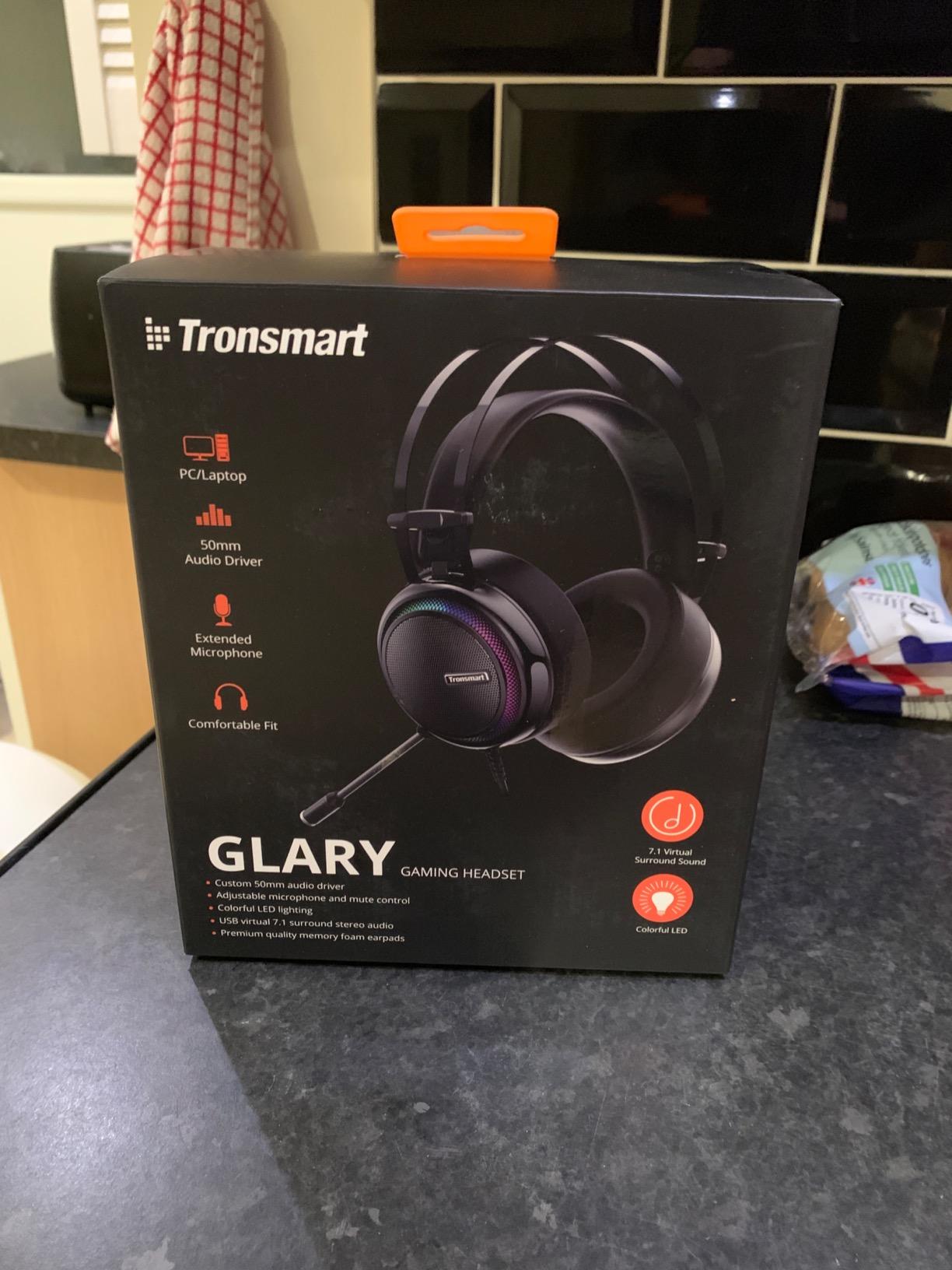 Amazon Customer
After looking for a cheap headset after my old one was on it's last legs I bought at least 3 £20 cheap alternatives before getting savagely roasted by other pc gamers over how crap the microphone quality was, after that I decided to go for this one while praying to whatever deity exists that this one isn't a piece of crap and hoo boyThe sound quality is amazing, like too good, I have to turn my pc down to 20 so I don't deafen myself, the 7.1 surround with 3d audio is great for games that require hearing more than anything (Biggest example being battle royale games) and the microphone is so crystal clear it's given me the pass to s**t on others with bad micsthank you for ascending me to godhood Tronsmart and Yuefa
29
Sturdy and solidly put together. Very comfortable with soft padding for the ears. The sound is very good. For music listening, it gives me more bass than other headphones. For talking, the microphone works well and the people I've spoken with whilst using it, have told me they can hear me loud and clear. For gaming, they're great too as you can hear all sounds I could not normally hear without them. used it to listen some music and watched some videos. To be honest, this headphone has a very thick shell and soft sponge to protect the ears, it feels good. For the sound quality, it is better than earbuds， but can't compare to those high-standard expensive headsets. Overall, this headset is pretty good as it inexpensive and practical.
Dariukas
What a headset! Firstly, i loved the lightning design and the sound quality it transforms. Secondly, the way it sits around ears is just amazing, i tend to wear headphones for a long period of time throughout the day and I haven’t experienced any pains which is amazing. Last pair I had used to leave my ears hurting after a long sessions. Lastly, the quality of sound has left me speechless. I haven’t expected it to be so powerful and loud. Doesn’t matter whether you’re watching movies, listening to music or gaming. Seems that these headphones might just be the best ones on the market for this price.
Nuno Oliveira
Starting off, the package is simple. Nothing too fancy or to admire. But once you put these on, you realize they're comfortable. They sound good enough for me, and for gaming they are good at tracking with the 7.1 Surround. I haven't quite figured out how to change color in RGB lightning but it compliments well if you have a computer with RGB too. It's not a cheap looking headset, it's actually visually really cool. The microphone also seems decent from what my friends told me, and this seems like a all-round good package. I'd recommend this for anyone who wants a solid headset without spending too much.
SKU:
Tags:
added to cart
Checkout
Continue Shopping
Maximum products to compare. Limit is 3!